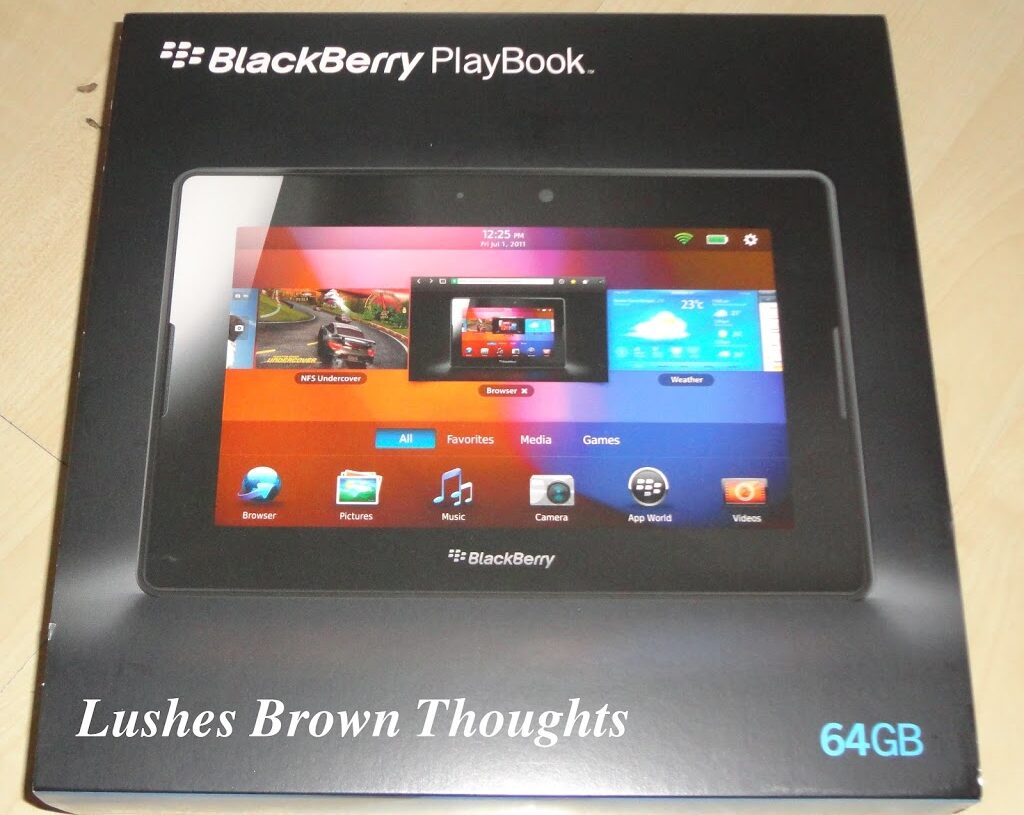 I have for the longest of times been wanting a tablet device. I even considered getting the Samsung Galaxy S Note phone. My kids have been wanting an iPad as many around them have it. To be honest I have an iPod touch and the only difference I can see is that the iPad is bigger after all they both use the same operating system. Now I will at some point be a proud owner of a Samsung Galaxy tablet as I feel it will suit me more than Apple and I do not want to have everything by the same company. 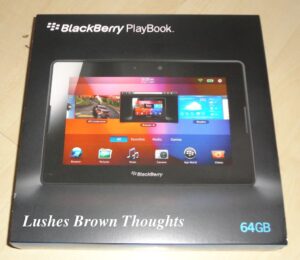 Anyway unlike many of my friends who have yet to embrace the benefits of Twitter. I happen to be checking out tweets when I saw Crackberry.com tweet that the Dixons/PC World/Currys group of shops were selling the Blackberry Playbook at a reduced price of £129 for the 64gb version. So immediately being the person that I am, I did some research to update my knowledge. I found that the current software used is version 2.0 and that even better a whole new operating system is due to come out called BB10 which will allow more Android based apps to be loaded onto the playbook. The OS upgrade should be free. It comes with its own neoprene case. 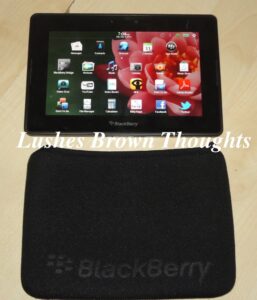 It is a small tablet coming in at 7″ but it is perfect size to fit in my handbag and in the hands of my children. From day one they have been using it and love. Games are fine and suits me. I am loving Blackberry Bridge that lets me link my BB phone to the Playbook and send emails and BBM messages on a larger screen. I am still getting used to it and checking out the Blackberry fan sites for more ideas and suggestions.
Share :

BB is too integrated in life