Breast milk …but is sharing caring 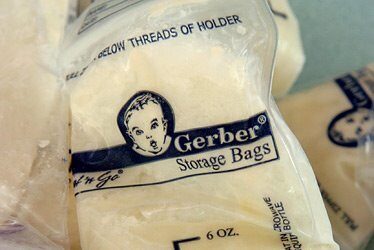 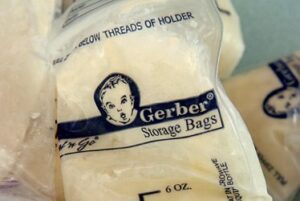 Oh my I am watching this show on Channel 4 called ‘Other People’s Breast Milk’. It explores the concept of people who share breast milk whether that be through cross feeding, wet nursing and breast milk donation. I must admit I am watching a bit mortified at the thought. The show discusses people who do some form of communal feed. It is starting to remind me of that show with people who are breastfeeding beyond goo ga ga period.

I am seeing 3 and 4 year olds sucking the life out of their mums chest. The thought sounds painful. Kate Garraway finds two sisters who breast fed each others children. They argue that no one will think twice about letting someone else feed your baby with a bottle. So why the issues with cross feeding.

The programme goes onto discuss women who have never given birth and are able to produce milk. The suckling by the child at the breast stimulates the production of breast milk. One lady explained that she took contraceptive pills and used a breast pump which helped stimulated her milk production. Thus she was able to breast feed her adoptive children. All I can say to that is interesting.

Whilst in the UK breast milk is given away for free, in America its big business. A gay couple explain that they buy breast milk because they believe breast is best. You can even buy the services of a wet nurse. Then there is one image which mmm I must admit caught me off guard. Its a picture of Vanessa Beecroft an artists who went to Sudan and saw twins whose mum and passed and they were malnourished as would not take formula. So she simply placed them on her chest and they began to feed. 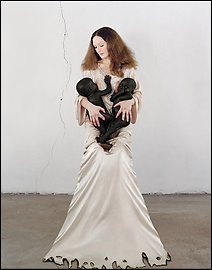 For me the reason this image is like woah, is because it reminds me of the picture of the fat white baby sucking the life out of the malnourished black woman. However Beecroft’s use of her own breasts to feed those babies meant they lived. She bought their dad a goat so the babies had a continuous supply of milk. They are said to be doing well. Beecroft described the experience and the image as

In an interview, she calls the work “a souvenir.” The iconographic portrait, of a white-robed Madonna and two black babies, is arresting and disturbing, raising questions about celebrity, race, colonialism, international adoption. Exploitation or liberation?(source)

The show ends with a section on adults drinking breast milk. A man who had cancer believes breast milk saved his life. How amazing is that. Gives a whole new meaning to breast is best.

I do not know about sharing milk in this way. I breast fed both of my children. I doubt I would ever breast feed someone else’s child.

Read more about the show here.