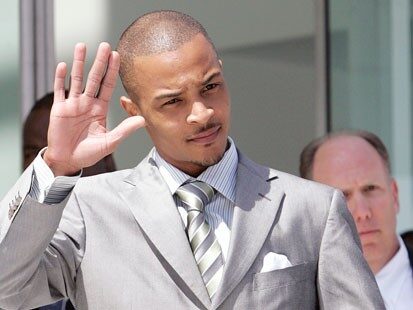 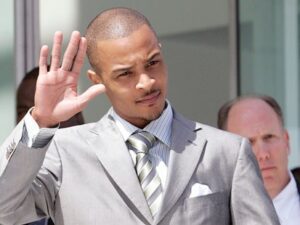 Everyone who is aware of the rapper T.I. knows that he is about to go to prison. He has had a long time to mentally prepare himself for this day. He has even tried to delay his prison start date through the courts . Today T.I. turns himself over to the prison service where he will begin a 1year term for illegally trying to buy unregistered guns. Unbeknown to him, the police where working undercover. His bodyguard played a part.

Clifford Harris (T.I.) threw himself a farewell party for his friends family and fans. 16,000 people attended. Lil Kim was sentenced to 366 days in prison for lying to a court. Her friends where involved in a shooting and she opted not to tell the truth in court. A documentary of her last 2 weeks before serving her sentence in prison was filmed called “Lil Kim: Countdown to lockdown”. At the end of the documentary she had a gathering of close friends and family who gave her their well wishes and at times was quite emotional. The show ended showing her turning herself in and wearing prison scrubs.

No one can forget Naomi Campbell who served a sentence of community service at the NYC Sanitation Department. She arrived and always left looking glam. The model in her made the walk a catwalk affair. The paparazzi with their flashing lights surely added to the spectacle. Her last day saw her leave in a Dolce and Gabbana silver dress and an equally glam car waiting for her. If that was me I would be smiling too.

Though it does make you wonder if celebrities glamorize criminal behaviour and downplay the consequences of that behaviour. Is throwing parties the way to show remorse and that you did wrong. Some come across as reflective but others that is not always the case. 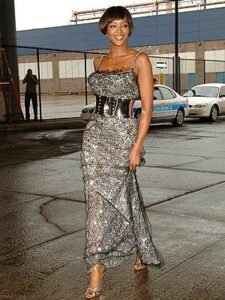 American law seems to show us Brits that celebrity is just a title and the law is the law. British law when it comes to celebrities can seem rather subjective. Prior to Naomi’s sentence in America courts were not bothered about her. You do have to think if they could ban her from the UK the way Snoop and many reggae artists have been they would. Yet the celebrities they seem to prefer get away with crimes non-stop.

I am in two minds having said all this. In one way, yes show your followers that you have a made a mistake and wish to correct it. There is no need to glamorize the event. Lets see how T.I. will be after his 366 days or whatever he actually serves.

What are your thoughts?