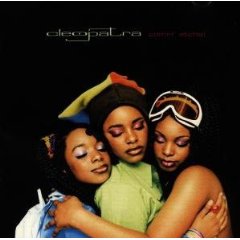 I almost forgot about this one. Last week I made the effort to see Pop Goes the band, a reality TV show on Living TV where bands from the 80’s and 90’s regroup to try again for stardom. As I was a semi-huge fan of Cleopatra back in the day, I figured this would be one to watch.

It was interesting to see that they have grown up and nicely and have families as people do eventually in life. Cleo and Yonah had breast lifts to correct effects of breastfeeding and weight loss respectfully. Whilst Zainam had work done to her teeth to lift the gum line. It is as graphic as it sounds. Beauty and pain and then some. 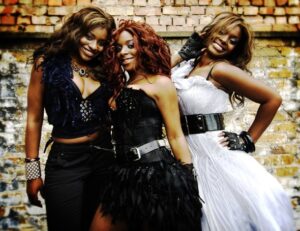 In the 90’s they wore big thick braids and bright colours baggy clothes. Now they have a look they describe as having a rock edge. I am not sure if I actually like this look but it could grow on me. They definitely now have a grown up look. As they are due to make a comeback lets wait and see if they update their sound and music. After all it is not like they can’t sing. So I do wonder why did they lip synched on this show???

I do hope they do reform and come back at cha!

Here is an interview by Flavour Magazine with Cleo talking about the show.