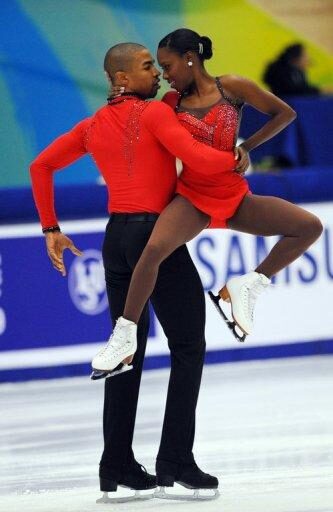 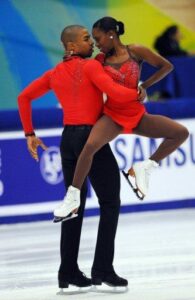 Is it me or do Black figure skaters need to come from anywhere but Britain to do well or achieve a high degree of excellence. I know I am so late with discussing this pair of Black figure skaters. The pair skaters are Vanessa James and Yannick Bonheur who represent France.
Vanessa James is British in origin but now has French citizenship. I have not seen a Black figure skater for a while unless they were American. Do you remember Surya Bonaly. She was so fierce on the ice doing back flips and all sorts of exciting stuff. I so admired her grace on the ice. She was also French and achieved great things.
I hope to see more from James and Bonheur. They may not have the skill set as Bonaly but she was single skater and they are a pair. Plus France would not put them forward for major comps if they did not feel they were up to it.
Share :