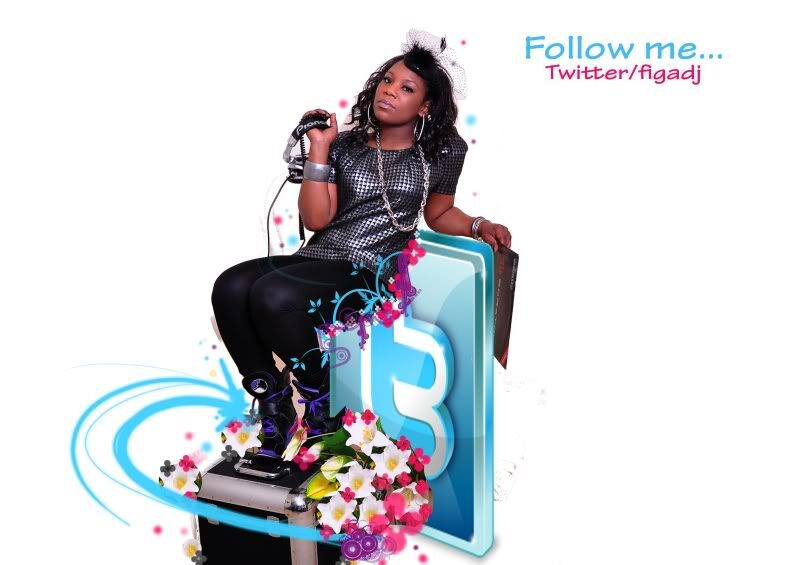 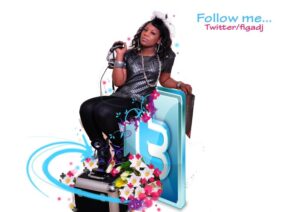 1 – What or who inspired you to become a DJ?
I have always had a passion for music. Its when I came to Uni and started seeing other people doing it I thought I’d like to do that. A couple of people tried to teach me but I just didn’t understand the concept till Rukus taught me and it all just clicked into place.

2 – Is there any particular DJ’s style that you admire?
I love Jazzy Jef mainly because of his amazing scratching skills. He has been a pioneer in the game and is definitely someone I look up to. Other DJs I look up to are people like Rukus, DJ Angelo, Annie Mac (she’s just so upfront) and DJ Tina T. I look at the last two as a mould for where I want to go, but I aim to do it in my way and bigger and better.

3 – As a female in this male dominated industry how do you cope with the macho stuff. How are you received by your male counterparts?
Generally I would say that I have been well received by my male counterparts. I’m often the only woman on a line up so depending on where I am they will either try to look after me or do their best to show me how great they are.I don’t generally pay attention to ‘the macho stuff’ I just do me. I turn up and do my job & go home! i don’t get involved in politics lol, I always try to keep a good relationship with everyone that i work with. People often judge me before they hear me play, but I generally gain their admiration or respect once they have heard me play. That’s when I see a difference in attitudes, you can see that they understand I am not where I am just because I’m a female but because I am good at what I do and clearly love what I do.

4 – So you are one of the founding members of The Trinity Crew (whose members are in the Trinity Band and a dancer in Flawless). What is Trinity about?
Trinity is a collective of like minded talented individuals, there are three main sections Music, Dance and Drama which covers all disciplines from DJ’s, Rappers, Live Band, Dancers etc. Trinity was  originally set up to showcase the huge talent that there was around us. Provide people with positive role models, and support talent in achieving their dreams and goals. The Moto of Trinity is Originality Stands Alone. Something we truly believe and work towards, being the best and the most original at what we do.

5 – You recently took part in the Derby Heat of the Movida Corona DJ competition in conjunction with MTV. How was the experience?
I’m still currently in the competition. I’ve got the regional finals next week so I am preparing myself for that mentally and technically. I have also recently been crowned regional champion for King of the Decks and the Nationals for that are in a few weeks. Its a wonderful experience that has allowed me to challenge myself whilst at the same time gaining new fans across the country. People that may otherwise have never seen or heard of me are now aware of the lil’ lady they call Figa. I look at it as an opportunity to potentially catapult myself into the leagues that I aspire to be in. If you don’t take chances you are for ever wondering what if, so I would rather just put my all in and go for it. No matter what happens from this point  I am still really proud of myself for giving it a go, and for over coming my fears and getting this far.

6 – Name some of the best places you have played at so far and where would you like to DJ at in the future?
Wow this is a hard one as I have been playing for over 10 years I have pretty much played in every club / pub in Derby lol. I have also played in Dubai, Egypt, Ghana, London Birmingham so I’ve ‘been around’ lol. My most notable place would have to be the Ministry Of Sound. It was a dream come true to play there and I will always hold that memory dear to me. My ambitions are to play in America and Ibiza and generally to have played in all the hot spots across the globe!!

7 – What inspires you in life?
I’m inspired by the people around me, by other successful people, by a passion for what I do. For years I did this without any recognition or praise but still had a deep rooted love for the art of Deejaying.  Its a drive a to succeed that’s naturally inside me that also inspires me to do better. A drive to become so successful that my friends and family do not have to want for anything. I believe that by doing what I love all the rest will follow and in turn I will be able to carry on doing what I Love which is Deejaying.

8 – Any inspirational words for girls/ladies and others who want to become a DJ one day?
Don’t give up! Practice every day, go and find the people that are doing what you want to do and find out how they got where you want to be and use their life lessons to get what you want from life. Stay positive even when everything looks impossible or out of reach. Don’t be scared to re-asses your situation and change your plans if needs be. But above all don’t give up! Give everything expect Nothing!!!!

9 – How would you summarise yourself?
Hard working, ambitious and Passionate individual.. A lil lady with a big personality and even bigger skills behind the wheels of steel hehe…Queen of the Decks…Figa It Out