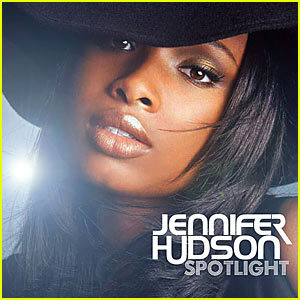 Oh my days. Can someone say about time. J-Hud is finally after all these years bringing out a full studio album. I might just become a paying member to I-Tunes for the pleasure or just pop down to my local HMV on release day. I was looking on the website for BET’s 106 & Park for some up to date ish music that I could groove to in my car. And there it was Jennifer Hudson Spotlight which was written by Ne-Yo.

I knew she had a single on the soundtrack for Sex and the City. Not quite sure if I have heard that song. What is good about Spotlight for me is that I am so sure I have heard it before. It is such a catchy song. I absolutely love what the song is saying. Its a mid-tempo track and just groovy. I just hope and pray that when the album drops there will be a few ballads that showcase that beautiful powerhouse voice that garnered her fame on American Idol.

Jennifer Hudson self titled debut album is set to be released 30 September 2008. I know I am late with this but hey I can’t wait. Especially since Diane Warren is meant to be one of the song writers and she is the ultimate ballad writer.

Listen to the her debut single on the official Jennifer Hudson website. You will be able to view the video aswell.

PS. Her website needs major updating because she has been doing more than just that one single. Just my opinion.