MOBOs the crowd was not pleased 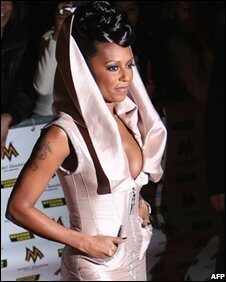 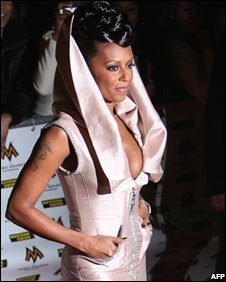 I forced myself to stay up to watch the MOBO’s. Mel B looked stunning. I was not sure about her hair style. It reminded me of a Strictly Come Dancing style. Did not like it too much. Rev Run was hosting the show alongside Mel.

The audience seemed to have summed up where the MOBOs are right now. Back when Destiny’s Child had an original line up and strutting their stuff the audience were satisfied. Now however the show is known for the celebrity winning no shows. It is like the award is of no concern to them.

The audience was not impressed by Leona Lewis, Dizzie Rascal et al not showing up. Well at least Leona did a video message as did Chris Brown. Tim Westwood got booed and he was there. Shame. I am sure he tends to get booed a lot. However he does do a lot for the genre.

Estelle rocked the house whilst John Legend was on point. They sang alone and together. You can tell he truly believes in her talent. Craig David returned to his Garage Grime Bassline roots and took to the stage with Tinchy Strider and Rita Ora. That performance was brilliant. It is so nice to see the event organisers embracing the Black UK music scene and less emphasis on America’s.

There was so much UK talent nominated this year. So well done to them. I also enjoyed Taio Cruz performance with the Sugarbabes. I would have loved to just seen him do his thing all by himself.

As for the people presenting awards…..Many needed lessons on professionalism. Westwood swore at the audience when they booed. Others became ghetto-ish. Be ghetto if you want to be. Just be professional about it.

Over all an okay show. At least they try. The Brits will never show any love to those MOBO’s recognises. We still remember how they shamefully did not give Craig David one of the 7 awards he was nominated for.