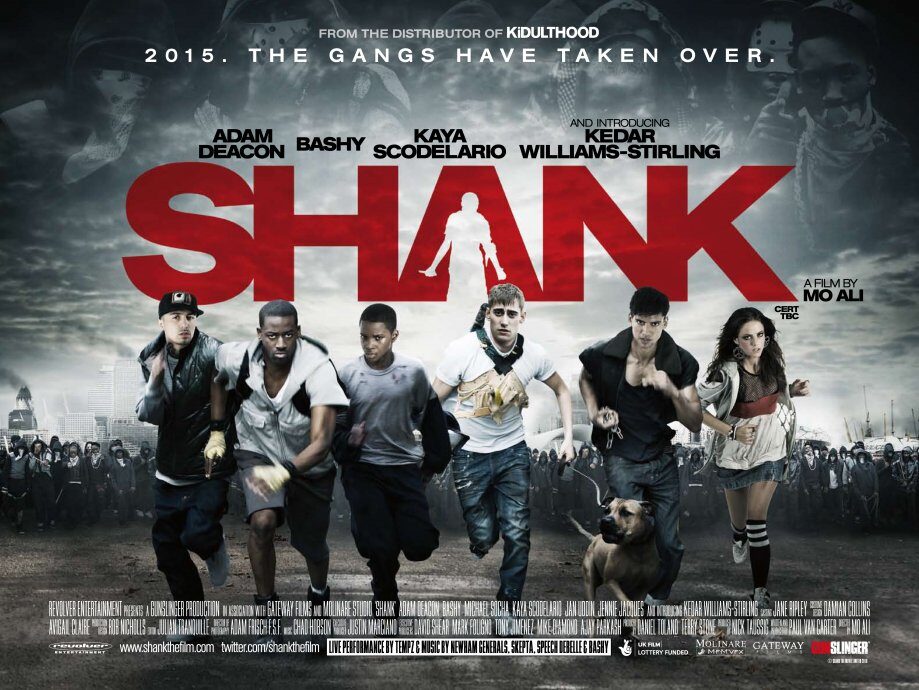 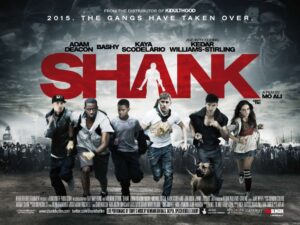 I was sent some info on this film last month and almost forgot about it. My forgetfulness has no baring on the film though. Having looked at the promo on YouTube it looks like a real gritty street film. The usual bad man fight for survival street mentality. I can tell straight away given the films name certain society members will feel that it will influence young teenage boys. However it will also be an eye opener to some.

Shank is based in London 2015 with a huge divide between rich and poor and gang crime out of control. The Paper Chaserz are a non violent gang. Though when one of their members is killed it tests their principles and ethos. The pending delivery of food which is very scarce during these times leads to conflict with a rival gang. A case of seeking revenge or staying true to ones principles.
The film stars Ashley ‘Bashy’  Thomas,  Michael Socha (Summer, Soft), Kaya Scodelario (Skins), Colin Salmon (Die Another Day)
and Robbie Gee (Hush), Adam Deacon (KiDULThood, Adulthood.
Shank is out March 26, 2010.
Share :