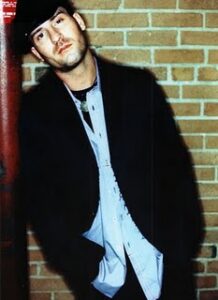 Reggae and Dancehall music has been apart of me all my life. I come from a Jamaican family and we stay connected somehow. Music unites people on so many levels. When Snow emerged on the scene back in the 90’s me and my cousins were amazed. He was a white Canadian singing along to reggae somewhat authentic. The music was on point and the videos were just as good.
His 1st single was called “Informer”, release in 1993, which sold millions across the world. Though my favourite song has always been “Anything for You” which featured Reggae singer Nadine Sutherland.  Even better the riddim track was so hot that some of the top Reggae and Dancehall acts featured on the remix. The artists were Beenie Man, Buju Banton, Terror Fabulous, Louie Culture and Kulture Knox. What a great line up huh! I love both versions of the song.
Share :