Yes we can indeed!

I know I am a bit late adding my twopence to this historic event. But what a momentous time in history we have just experienced. Lewis Hamilton finally crowned the F1 champion,which in my opinion he was robbed of last year. Then there is Mr Barack Obama who believed in himself and is now the 44th elected President in USA.

My twitter friends are mostly American and I have been able to read some thought provoking stuff leading up to the campaign. Oprah was right when she said that her support was not based on the fact that he was black (mixed race for you modernist folk). Though because he was offering a change that America needed.

The whole world held their breath but it was soon apparent as the votes were rolling in that America wanted the same change that the world desired. It is like the child has finally grown up. Of course there are many rampant issues that rage on in yanksville but this is a sign. I have never seen Americans so happy after an election. Have you?

I really thought McCain would win but at the same time did not want him too. He is just a bush clone. His VP choice Sarah Palin did not help his cause as at all. Michelle Obama has carried herself well. She speaks so elegantly and thoughtful. I say thoughtful as you can tell she is aware of the impact that words have.

It is a very inspiring moment too. I have never viewed my race as a barrier to get from A to B. Many will try to use that against you. It just means you have strive for success that lets them know you mean to handle your business and get yours. I understand sometimes it can make you struggle but never give up.

I am going to spend some time reading up a bit more on Mr Obama. He has two books , ‘Dreams from my Father: a story of race and inheritance ‘and ‘The audacity of hope’. These are in my Amazon UK basket. I have 3 books I need to read first.

Martin walked so Obama could run

Obama is running so our children CAN FLY!

Our ancestors, our elders fought for this. So now Martin’s Dream is a reality (almost). The UK does not have a dream ethos to betterment of oneself. It’s the American way to turn your dreams into a reality. I pray that our youth who are out there killing one another put down their weapons and start dreaming a better life into existence for themselves.

Lets inhale and embrace this moment. Inauguration day is my birthday. I might just have to somehow take a trip overseas to full embrace the moment. Otherwise after my birthday meal I will watch it live on TV.

I am truly inspired. What about you? 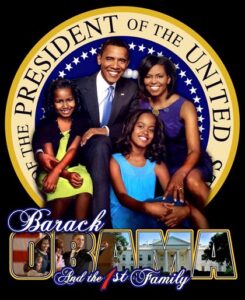