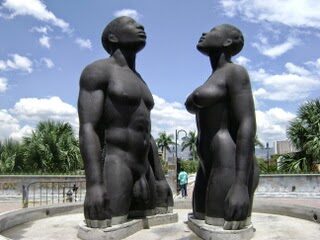 Today marks the 176 year anniversary of Emancipation Day in Jamaica. Slaves were freed and slavery ended on 1st August 1838. Slavery itself in the British colonies was ended four years earlier in 1834 but it was made official in Jamaica on Emancipation Day.
You can read the Governor-General, His Excellency the Most Hon. Sir Patrick Allen’s message here. Where he discusses Jamaicans tasting freedom for the 1st time and the hopes they would have had for the future not just themselves but for the nation. He also reflects on the current state of Jamaica. Worth a read.
Let us reflect on those gone by who fought the battle to freedom and many who lost their lives along the way.
Share :