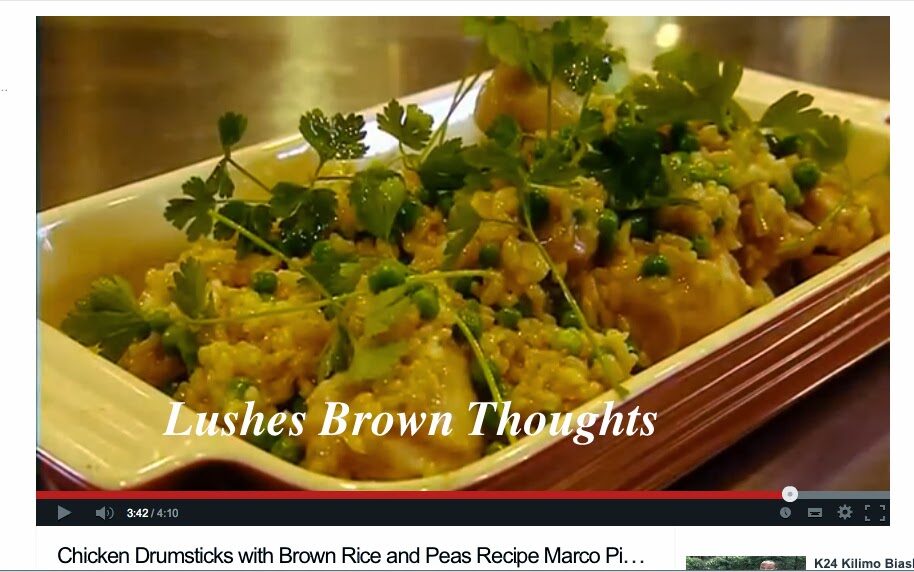 Marco Pierre White is a celebrated UK chef. He has restaurants and a very prestigious cooking career. However despite having a achieved three Michelin stars early on is his career he has upset a nation, in a Youtube video that promotes the use of Knorr stock products. So for his offering he claims that upon holidaying in the Jamaica the locals made him this dish of rice and peas and chicken. So like many others I thought okay let me see what his interpretation would be like.
Now having watched the video it is clear that he gave himself far too much artistic license with one of Jamaica’s best known traditional Sunday dinners. He only gets a point for using brown rice. Of course the rice you choose is always up to personal preference. He starts off by cooking up some chopped onions that he adds the rice to and some water. Then the shock factor comes in as he adds the chicken drumsticks to the rice pot. Thirty minutes later he waits to add green garden peas to the dish. When he serves it up it looks like some type of risotto dish that is nothing to do with Jamaican or any type of Caribbean cooking. I believe he was slightly confused as really the dish he made was more like what is called rundown or all in one. Whereby everything gets dashed in the pot. 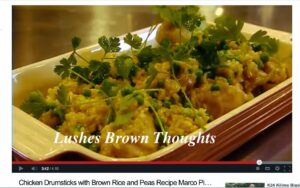 Marco went wrong by not browning the chicken or adding seasoning to it. Salt pepper and stock cubes is not enough for flavour. Secondly you just do not cook chicken with rice. If you do it would be small pieces of chicken for making fried rice or something else. Thirdly, there are only two types of peas/beans that are acceptable and hold to tradition and authenticity in making rice and peas. They are red kidney beans and gungo peas. Not forgetting there was no coconut milk/cream no thyme no nothing.
Jamie Oliver did a better job of making jerk chicken with rice and peas. He looked like he did some research although he cooked his quickly. The comments below the video are too much joke. People are really offended by what they have seen. Yes the video has been out for 2yrs and the comments have always disproved. Kiss teet and everyting.
Below is a video showing how you make Jamaican rice and peas. In this video she makes brown stew chicken to go with the dish.
Share :